Built in “loco S. Elia” by the Cigala family after abandoning the castle partly destroyed by the earthquake of 1638, it is located in a flat area in the lower part of the town, and its back is protected by a limestone hill.
The square-shaped palace with an inner courtyard was fenced off by a wall stretched along the whole hill, thus surrounding a considerable portion of land, the so-called “Prince’s Garden”.
The façade was quite simple, without relevant architectonic decorations; it had a stone portal with a moulded arch, on top of which there was the marble coat of arms, destroyed when the palace underwent restoration in the ‘50s to become a school.
Always on the same façade, we find, on the two sides, two monumental wrought iron balconies with flagstones in green marble of Gimigliano in southern Baroque style.
In the inner courtyard, there was the monumental staircase with the portal leading to the first floor, on top of which there was the white marble coat of arms, which nowadays is kept in the town Antiquarium.
Particularly relevant is the discovery, made when laying the foundations of the palace in 1638, of a quite big tomb and of the tablet of the Senatusconsultum de Bacchanalibus of 186 b.C.

VIEW ON THE WEB APP 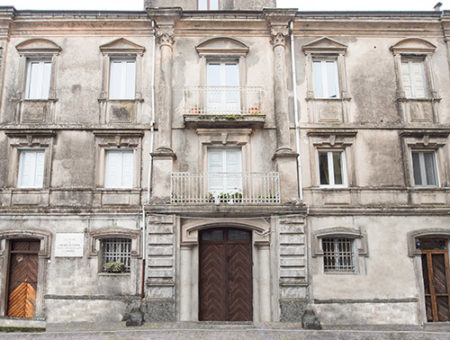 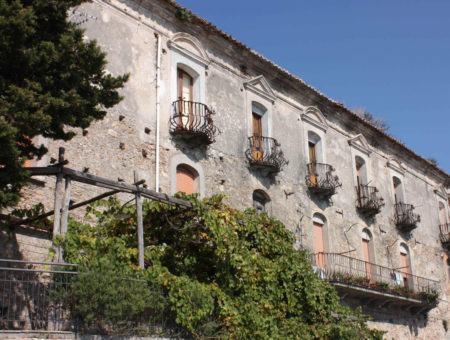 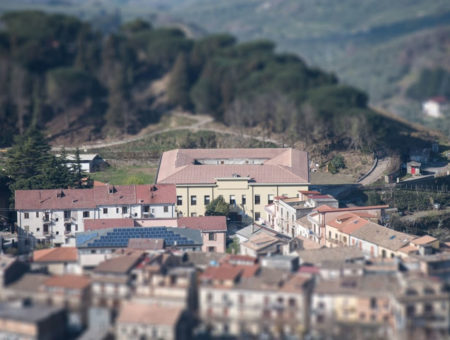 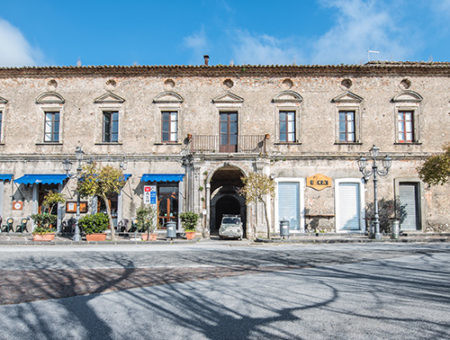